In the TGP article sourced below and based upon revelations from CTH, we learn that top GOP Senators have formally requested declassification for footnotes related to the predication of ‘Crossfire Hurricane;’ a foundational element of the President’s current impeachment trial.

Politically, this benefits the President in two critical ways: 1) he’s already shifted declassification authority to AG Barr and this provides him a layer of protection for the already established ‘cover-up’ excuse he’ll most certainly face (is already facing) and 2) the request is coming from a vested third party; not the President himself, and that makes him responsive in the matter. Again, it’s another layer of protection for criticism he’s guaranteed to face from the Left. In this case he can claim that he was honoring the appropriate and legitimate request of Senators and not working to take action in his own best interest.

I’ve stood firm on the notion that if the President cares to compel AG Bill Barr to proceed with declassification, it would have to occur either before or after impeachment and on several grounds: politically, optically, judicially, etc.) I’ve also long contended that the President will only selectively declassify what he needs in the moment he needs it (just like you don’t unload your entire magazine into one target, you preserve your political capital just like you preserve your ammunition.)

No matter, it certainly can’t happen during impeachment. Simply stated, you can’t make ‘due process’ a pillar of your affirmative defense and then intentionally interrupt due process. Or can you?

With a request on the table from a vested third party – a request that will controvert known and blatantly fraudulent evidence – perhaps it opens a window for the President and AG Barr to appropriately act with declassification.

Moreover, it’s reasonable to think that this request from the Senators is a counter-maneuver to the Bolton escapade that will fail like every other “gotcha” moment we’ve all been warned about. Also and critically important is the timing of any such declassification order germane to the haggling over additional evidence and witnesses, which are extra-constitutional and require a rules change from McConnell. If I were aiming that declassification musket, I’d aim that single bullet at two specific targets: 1) controverting the evidence as requested and 2) preempting those extra-constitutional measures with the timing of the order. From there, the evidence ought to do the rest to dismantle the House’s scam impeachment and the President can keep declassification aces up his sleeve for future and perhaps more entertaining endeavors. Endeavors that require popcorn.

Here is what we do know and it leads to one question. We know that the House manager’s evidence is constructed and fraudulent. We know that the 18th witness transcript is still classified just like the footnotes being requested here. We know that these Senators have place a legitimate and landscape altering request in front of the President and AG Bill Barr. We know that honoring said request will likely place a slug into the heart of impeachment.

The only question that remains is this – Will the President and AG Barr be responsive and if so, when?

4 thoughts on “HERE WE GO – TRACTION ON DECLASSIFICATION” 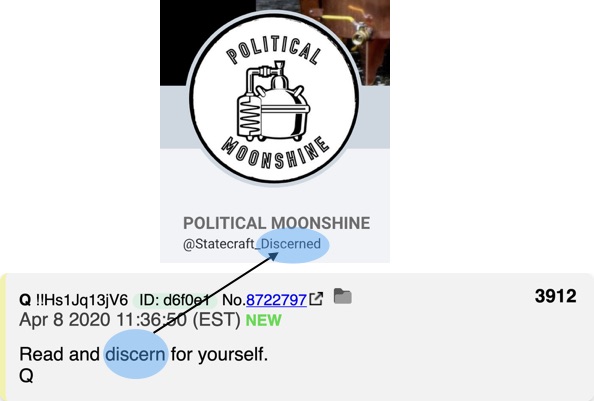